AT&T Offers Roaming LTE to US Customers in Canada 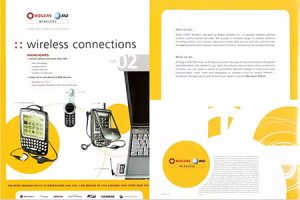 If you’re going to be traveling to Canada and you’re an AT&T customer, you’ll soon be able to benefit from the carrier’s great offer of access to networks providing roaming high-speed internet.

This week, the company announced that it had entered into a partnership with Rogers Communications in Canada, to be able to offer high-speed roaming internet to its US customers. Thanks to this offer, Americans traveling to Canada with an AT&T contract can get LTE speeds without breaking the bank.

So far around 42% of AT&T’s postpaid customers have LTE-compatible smartphones which will be able to benefit from this new system, which means that they will be able to surf the web using Rogers’ network after they’ve crossed the border. To activate the offer and get their roaming internet, AT&T customers based in the US will need to pick up one of the carrier’s three “Data Global Add-On” packages, which start at a minimum of $30 per month for 120MB worth of internet access.

With over 150 countries covered by AT&T’s add-on packages, Canada is the first in the world to offer an international partnership to secure super-speed network access. It is not yet clear whether the company will make similar deals with other foreign markets.