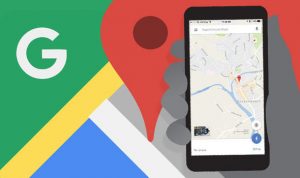 Top 10 Broadband has come up with a broadband speed test service that allows users to compare their internet connection speed with that of their neighbors. The test involves measuring the user’s internet connection speed via an interactive interface. The interface is quite good looking, but otherwise, it looks like just another generic speed test on the internet. Users can run the test by typing in their postcode and name of the ISP.

Once the test runs, it switches to Google maps, where users can click on their locality. They are then shown the average results that their neighbors have had. Of course, those neighbors would have to have opted for the test beforehand. The user can also see a graph showing national trends in broadband speeds simply by clicking on an icon.

This test allows the user to be informed about the average speed of internet connection in his/ her locality. This also helps in finding problems that may occur with a standard internet connection. For instance, if a user finds out that his/ her neighbor enjoys a download speed of 25 kbps, and he/ she only gets 15 kbps with similar hardware configuration and the same plan from the same ISP, then there is obviously something wrong. The user can then take the matter up with the relevant authorities and have it sorted out.

The test also allows users to find out which ISPs are performing the best, since it provides results regarding broadband speeds of all ISPs, major or minor, that are operating in the test area. On one hand, this has the advantage of letting the user pinpoint the best ISPs operating in his/ her locality and to choose the best one based on consistency in performance. On the other hand, it has the unavoidable side effect of the users knowing which ISPs cannot provide consistently high performance. This may put many smaller ISPs, even those which provide services at substantially low rates, to go out of business.

Alex Buttle, on behalf of Top 10 Broadband, commented, “We do get commission from an ISP if a visitor to the site clicks through to buy a service because we are a comparison site and have always offered this service. However the speed test is totally independent”. He also added that the test does not identify any individual house, so the identities of the people who take the test are not exposed online. Besides, once on user has completed the test, he/ she can use an option to disallow the site from saving his/ her test results, thus providing even better privacy protection.