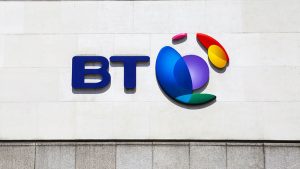 British telecom company BT has been given a dressing down by the UK’s Advertising Standards Agency (ASA) over an ad which made “misleading” claims regarding the company’s broadband speeds and competitive packages.

The ad in question made claims that BT could “superpower your broadband”, and compared the service to packages from rival companies Sky and TalkTalk. According to the ad, which featured a little cartoon man clinging to a Wi-Fi router, BT was found to have a better average performance by official sources.

Following a complaint by BSkyB, ASA judged that the ad did indeed give misleading information about BT’s internet connectivity services. In fact, the Ofcom report which BT claimed to be getting their broadband figures from did not include Wi-Fi connections, and did not give sufficient weight to upload and download speeds to suggest that BT’s broadband service was indeed superior.

The ASA ruled that even if BT’s broadband performance was found to be equal or superior to competitors, the ad suggested that download speeds were faster using a BT connection, when in truth no significant difference was seen between BT and its competitors. The ad was pulled from the airwaves after the ASA specified that BT’s interpretation of Ofcom’s broadband findings were in no way an official endorsement of their connection speeds.