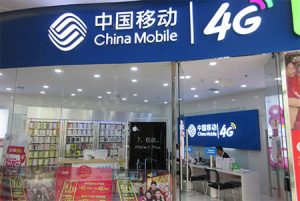 As of December 18th, mobile data users in China will be able to connect to the internet faster than ever thanks to the new 4G LTE network provided by China Mobile.

There is some speculation that the company may seek to partner with Apple, who have been looking for a way to overtake Samsung in the Chinese market for some time. China Mobile has reportedly been courted by Apple as a mobile network partner for some years, but nothing has been set in stone as yet. Currently, the iPhone is on offer from rival companies China Unicom and China Telecom, but the vast customer base available from China Mobile could be enough to entice Apple.

With a 17.7% market share, South Korean electronics company Samsung have sold over 30 million smartphones in China within the last year alone. Although nothing has officially been announced yet, Apple’s foothold in the Chinese market could certainly be strengthened by partnering with China Mobile’s new 4G LTE internet capabilities.