Company Plans to Beam Free Wi-Fi to Earth from Space 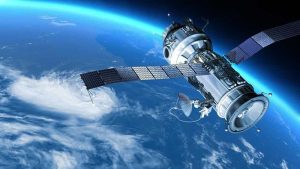 Across the globe, people are paying through the nose to connect to the internet at home and while they’re out and about. One ambitious company aims to put a stop to all of that by granting free Wi-Fi access to everyone on the planet by beaming it down from space.

The Media Development Investment Fund (MDIF) is working on a new way to bring internet to the entire population of the Earth, thanks to a project dubbed ‘Outernet’. The ambitious plan behind Outernet is to launch a series of satellites into orbit by 2015 and use them to relay Wi-Fi signals across the globe. According to the MDIF, this plan could even provide uncensored internet access in places where connections are heavily policed and restricted, such as North Korea.

According to the dedicated team behind the Outernet project, only 60% of the world’s total population has access to the resources available on the internet. The group is hoping to be able to raise enough money to set up a global Wi-Fi network without having to build new communications infrastructure in different countries via transmissions from miniature satellites.