Could Wi-Fi be Harmful to Health? 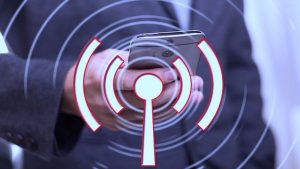 It’s a question that is inevitably asked of every piece of technology the more common it becomes: is this safe? From cellphones to microwaves, new technology always comes with a helping of health concerns when they become commonplace, and Wi-Fi is no different. Although the transmission frequencies used to connect with Wi-Fi are generally thought to be harmless to humans, a new study calls this into question.

In the past, studies by scientists in the Netherlands seemed to point to the fact that Wi-Fi signals could be harmful to plant life in the long run, but it was not suggested that the connection had a detrimental effect on human health. However, one group in New Zealand is now claiming that our connection addiction is more harmful than we had previously assumed.

According to a report by Safe Wireless Technology New Zealand (SWTNZ), research has confirmed that Wi-Fi connections may indeed have some negative health events owing to electromagnetic radiation. This research has not been confirmed by any further resources, but SWTNZ believes that prolonged exposure to Wi-Fi may increase headaches, nausea and perhaps even cancer.

The chairman of SWTNZ, Greg Kasper, said that the harmful effects of wireless connectivity can be proved by legitimate scientific evidence and that New Zealand’s government should be acting to learn more. Around the world, several governments are looking into the potential health effects of Wi-Fi technology.