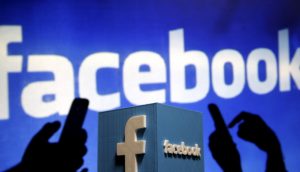 Though the seemingly random $2 billion acquisition of Oculus VR clouded Facebook’s previous (and almost equally mysterious) purchase of messaging app WhatsApp, some interesting details are emerging. In Europe, German mobile operator e-plus has introduced a WhatsApp SIM card that gives users unlimited WhatsApp messaging, along with a mobile data and mobile voice calling the package of 600MB and 600 minutes respectively. The plan is being offered for a mere 10 euros (approx 14 dollars) and is not limited to a monthly rate – e-plus are allowing users to stretch it over as long a period as they can.

It is a known fact that many WhatsApp users rely solely on the app for messaging. Based on this, this sort of mobile plan could be a winning solution for users looking to save a buck or two. Despite the data and voice package being relatively limited, using your phone over Wi-Fi could easily remedy that. If this is an indicator of what is to come out of the Facebook-WhatsApp deal, then mobile operators across Europe and the States should be ready to face a big problem. With plans to roll out voice services for WhatsApp, Facebook could very well become the ultimate force in the business of budget bundled voice/text/data plans.