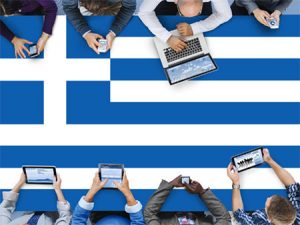 Good news for internet users in Greece! This week, Greek Prime Minister Antonis Samaras announced a government plan to create Wi-Fi coverage throughout the whole of Greece, granting free internet access to everyone.

Although it has not been made clear exactly how the Greek government intends to implement this change, the Prime Minister did state that the process had already begun and free Wi-Fi was expected to be available to all by the end of 2014. With the young generation in Greece facing up to 60% unemployment, it is hoped that free and accessible internet will help to stimulate the country by encouraging growth in technological sectors. In any case, free Wi-Fi would at the very least reduce struggling Greek households from one bill per month.

Aside from free Wi-Fi internet access, young people who wish to start a business in Greece will also be able to benefit from up to 8% of funds granted by the European Union. It is hoped that the increased focus on technology and new businesses will pave the way for Greece to become an international technology hub, similar to Estonia.