Is South Korea as Internet-Savvy as It Seems? 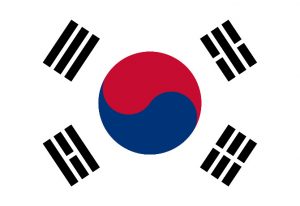 Whenever the question of internet speed pops up, South Korea always ends up enjoying the number one spot by a long margin; but is South Korea’s relationship with the internet really as great as it seems?

South Korean internet users enjoy the fastest connection speeds in the world, with a national average of around 22 megabits per second for broadband users. To boost the country’s status as the home of the fastest internet in the world, the Korean government even pledged to upgrade the country’s already impressive wireless network, promising 5G speeds by 2020. The country also leads the rest of the world in video gaming, startups, and internet penetration, making South Korea seem like nothing short of an internet connection utopia.

However, everything is not as simple as it seems in South Korea, which was branded last year as having only “partly free” internet access by Freedom House. Effectively, whilst South Koreans enjoy the best download speeds in the world, their internet connections are still monitored and censored by the government.

Reportedly, over 23,000 Korean webpages were deleted and another 63,000 blocked within the last year, according to requests by the government-appointed Korea Communications Standards Commission.