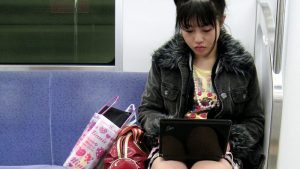 The Japanese government are reportedly making plans to try and curb the latest epidemic that’s sweeping through the country: internet addiction. According to reports, it is estimated that over 500,000 Japanese children aged between 12 and 18 may be seriously addicted to the internet.

The cure to this rather startling problem? According to the Japanese government, it might just be Internet fasting camps. The Ministry of Education in Japan intends to open the camps in 2014, allowing internet addicts to get rid of their mobile devices, computers and all other electronics and learn to live without them at last. Internet addicts will be able to see counsellors inside the camp, receive lectures and take part in outdoor activities.

Although Japan is the one taking steps against internet addiction, this is a recognised global phenomena which is affecting more people every year. It is impossible to know yet whether or not these camps will work, but Japanese internet addicts will at least benefit from the chance to cope with their problems. Symptoms of internet addiction are very similar to the symptoms of every other addiction: depression, affected sleeping patterns, problems keeping up with work or school, and a sense of guilt just to name a few.