Mobile Web Use Doubles in 4 Years 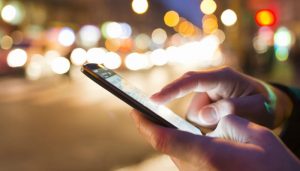 Once upon a time, you had to find an actual computer if you wanted to check your email, search the internet, or update your social media accounts, but for many people, those days are a long-gone part of the past.

A new study has discovered that these days, over two-thirds of cell phone owners in America now use their phones to perform many online actions. This is an incredible leap forward from 2009 when only 31% of users said that they accessed the internet via their phones. According to the study carried out by Pew, 21% of phone owners even said that their phone was their primary mode of accessing the internet, as opposed to computers or tablets.

These days a staggering 91% of Americans have cell phones, and of those, just over half are smartphone users with internet access. That adds up to around 181.4 million smartphones in the United States this year. Of all these phone owners, the largest sector of growth is seen in late-adopting 50-64 year olds, whilst the more tech-savvy 18-29 year olds are the group most likely to access the internet primarily from their phones.