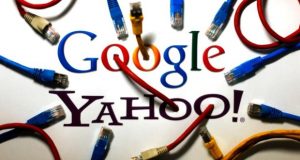 In the days of the Cold War, the Soviet Union was targeted by a spy operation code-named Echelon. The operation involved eavesdropping on the superpower and its allies through voice, fax and data traffic via satellite, microwave and fiber-optic cables. If rumors are correct, it may be that Echelon inspired the NSA. Sources close to Google and Yahoo are claiming that the government agency could have spied on the tech giants via their fiber-optic cables.

Until these revelations, Google and Yahoo had only considered their front-ends rather than their back-ends. In response to these allegations, both companies have begun to encrypt the data that runs on the cables between their data centers, with Microsoft set to follow suit.