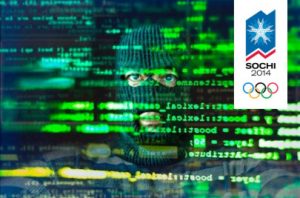 Over the last week, reports have already begun to surface over the apparently substandard accommodations at the Sochi Winter Olympics, but now it seems that there are bigger problems at hand for visitors than uncomfortable hotel beds. An NBC News report claims that the Olympics’ Wi-Fi networks have become a hotbed for malware and hacker activity.

According to NBC reporter Richard Engel, digital security at the Sochi Olympics as a major problem for anyone intending to visit the event; Engel even goes so far as to describe the situation as a hacking “minefield”. Olympic visitors who are unprepared or lax in their security measures may soon find their devices infected with malware or compromised by Russian hackers when connecting to the local Wi-Fi connections.

With athletes, journalists, fans and so many other people all converging on Sochi to attend the Winter Olympics, there is obviously a huge demand placed on the city’s connection and communication capabilities. If reports are to be believed, this has made the area extremely vulnerable to hackers, who are easily able to spread malware to smartphones and laptops alike using unsecured internet connections.

Anyone attending the Sochi Games, or indeed anywhere with large, unsecured public networks should be careful when attempting to connect to the internet. Public Wi-Fi networks can be as dangerous to users as they are useful, particularly in cases such as Sochi.