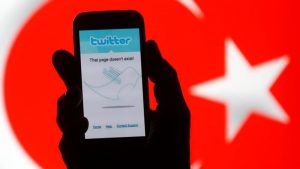 The Turkish government completely blocked microblogging site Twitter as of Thursday night following the spread of incriminating audio recordings and leaked documents. The block of the popular website comes only 10 days before local elections.

At an election rally in Bursa, Prime Minister Recep Tayyip Erdogan spoke out against Twitter, stating that matters of national security were at stake. Declaring that Turkey would “wipe out” Twitter, Mr Erdogan went on to state that he did not care what the reactions of the international community would be. “Everyone will see how powerful the state of the Republic of Turkey is,” he proclaimed.

Erdogan has been in power for 11 years, but the internet is becoming quite a challenge to his government. Unidentified critics of the Turkish government have been using the internet to spread incriminating recordings which seem to imply widespread corruption in the current government. Several local courts ruled that the recordings should be removed from Twitter, but the social media site has not complied with these rulings.

New internet restrictions put in place by the Turkish government in February allow any website or internet service to be blocked by court order.