What is 4K Video Streaming? 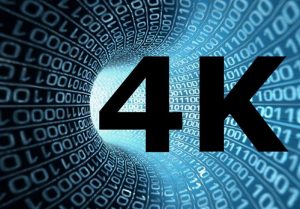 You may have heard the words “4K video” being thrown around a lot lately, particularly with regards to new televisions and online streaming services. 4K video is also known as Ultra HD, but you should probably get to know it as the resolution that’s going to be gobbling up all your bandwidth sometime in the near future.

4K is a video imaging format which is set to offer ultra-high-definition pictures, with over twice the resolution of regular HD. While the video format has been available to film industry professionals for some time, it isn’t something which the average consumer has been able to access or view properly at home. Until recently, both the equipment to film in 4K and screens capable of displaying the resolution have been far too expensive for consumers to use, but all that is beginning to change.

Many hardware manufacturers have already jumped on board the 4K bandwidth, which means you will soon be able to watch 4K videos which have been uploaded onto YouTube. However, the problem for many internet users lies in the fact that 4K files are highly detailed, and as such, they tend to be very large files with long download times.

Sites such as YouTube and streaming services like Netflix can expect to see a much higher use of bandwidth coming from many users as 4K video streaming becomes more and more popular.