What is a Ping Test? 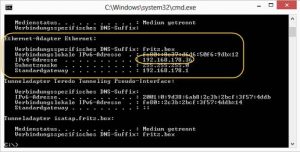 In the context of a computer network, ping refers to the method for transferring data between two computers. So a ping test measures whether your computer communicates with another computer via the network, and how efficiently it does so.

When an internet speed test is running, it determines what is called the “connection latency” between the two communicating computers. Connection latency is really just a technical term for delay, so running an internet speed test determines how long the delay is between your computer and the device it is communicating with, and therefore how efficiently data is transferred between them.

Whilst upload and download speeds are measured in megabits per second, you will notice that ping test results usually appear as “ms”, which stands for milliseconds. Therefore, unlike the other results of your internet speed test, you want your ping results to be as low as possible. A good ping speed for broadband internet is considered to be 100ms or lower, with truly efficient connections measuring in below 30ms.