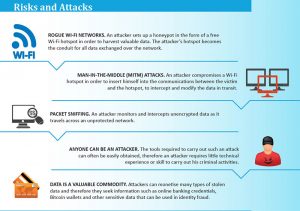 Troel Oerting, the head of the cybercrime division at Europol, reported that there had been a marked increase in cyber-attacks over Wi-Fi, prompting internet users to be more careful when out and about. “We have seen an increase in the misuse of Wi-Fi, in order to steal information, identity or passwords and money from the users who use public or insecure Wi-Fi connections,” he said in an interview with the BBC.

Oerting advised users to keep this in mind when using the internet, and if possible, to only address sensitive information such as bank accounts and email logins when on a connection they know to be secure. It is always advisable for internet users to save potentially sensitive tasks for home, rather than logging on to the internet in a café.

According to Europol representatives, the Wi-Fi attacks are not new technology, but make use of deception in order to gain access to user accounts.