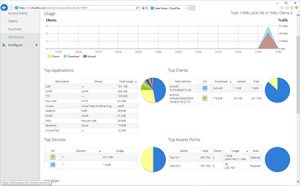 Internet bandwidth usage refers to the amount of received and transmitted data by a specific user or computer across the internet. This is all the inbound and outbound traffic in a computer.

Bandwidth is commonly referred to as network bandwidth or digital bandwidth in computer science and networking and it is measured in bit/s. The more there is exchange of data in the networks the higher the energy that is taken up by a particular computer or user. This means there may be numerous data exchange going to and from the computer that it may not be able to handle all of them. This will then result in the computer becoming very slow.

The best way to make the computer and the bandwidth not to drag or clog the network is to have bandwidth usage caps that regulate the users from receiving and transmitting a lot of data. When this is done, the network will cease to be slow and other users will not be impaired in their usage of the internet. The internet service providers or ISPs can be able to track the bandwidth usage by checking how much data is passing through a specific connection or by recognizing the operation of specific machines.

There are other software as well that can be able to monitor the internet bandwidth usage to allow the user to minimize and let the machine function at a faster rate. If you want to check your connection speed, try our online tester for free or click here.