US mobile traffic doubles in 2013 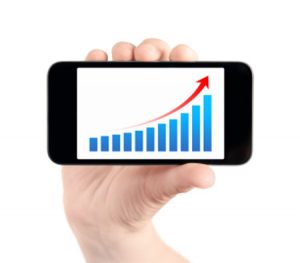 Mobile internet traffic in the US has just about doubled, according to a new report. Over the course of the past year, US consumers used an average of 1.2 gigabytes a month over cellular networks, which is up from 690 megabytes a month in 2012. Chetan Sharma, a consultant for wireless carriers who published the report, says that the increase can be attributed to two main causes. In a nutshell, networks have gotten faster owing to increased 4G LTE coverage, and smartphone screens have gotten bigger and more video-friendly. A further report by Cisco predicts that Internet traffic from mobile devices will soon exceed that of laptops or desktop computers, and sees this happening by 2016.