What is 4G LTE and What’s the Difference?

October 18, 2018November 22, 2018 MarkBlogBroadband Connection1 Comment on What is 4G LTE and What’s the Difference? 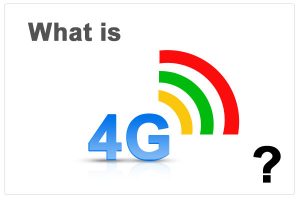 Faster mobile internet is becoming a reality as more and more people turn to smartphones and tablets as their main form of connectivity. 4G LTE is the next generation of cellular network which will allow faster access to video streaming, data transfer and music on the go.

If you have been using a mobile device for a while, you may have noticed the series of upgrades from 2G, to 3G and now 4G cellular networks. Basically, what this refers to is the generation of cellular network technology being used; so 3G is the third generation, 4G is the fourth and so on.

On the other hand, LTE refers to Long Term Evolution, which is a solution for high-speed connections to smartphones and other cellular devices. Put together, 4G LTE offers the fastest mobile internet connections available in the world today. This can mean that 4G LTE users may enjoy download speeds up to five times faster than 3G users, almost as fast as some broadband-based internet connections.

As with other cellular networks, 4G LTE users will be able to connect to the internet anywhere with appropriate coverage and a 4G-enabled device. Currently, not all localities are covered by 4G LTE, but several carriers are expanding their markets to a number of big cities, such as AT&T’s new coverage map which can be seen below.

1 thought on “What is 4G LTE and What’s the Difference?”