iPhone 5S Users Are the Most Data-Hungry 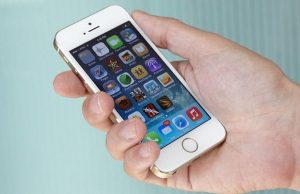 According to a recent report by JDSU, iPhone 5S owners are the most data-hungry of all smartphone users, devouring as much as 7 times more data than those with an iPhone 3G. In fact, Apple devices accounted for 6 out of 10 of the top data-consumers.

Even though data use has become more and more common all around the world, the iPhone has continued to consume data at alarming rates, growing from one generation to the next. “Each new generation of iPhone has resulted in increases in data consumption of between 10-40 percent,” said Michael Flanagan, JDSU executive and author of the report which brought this surprising figure to light.

Apple users aren’t the only ones to hog the data, though, as other devices made their way up the list too. In developed regions, the HTC Sensation, Sony Xperia SP, and Samsung Galaxy S4 and S2 all consumed heavy amounts of data. On the other hand, Apple and Samsung reigned alone together in the developing markets surveyed by the JDSU.
“The faster the speeds that mobile operators provide, the more consumers swallow it up and demand more,” said Flanagan.